Diversity of hepatotoxic cyanobacteria in the Nile Delta, Egypt 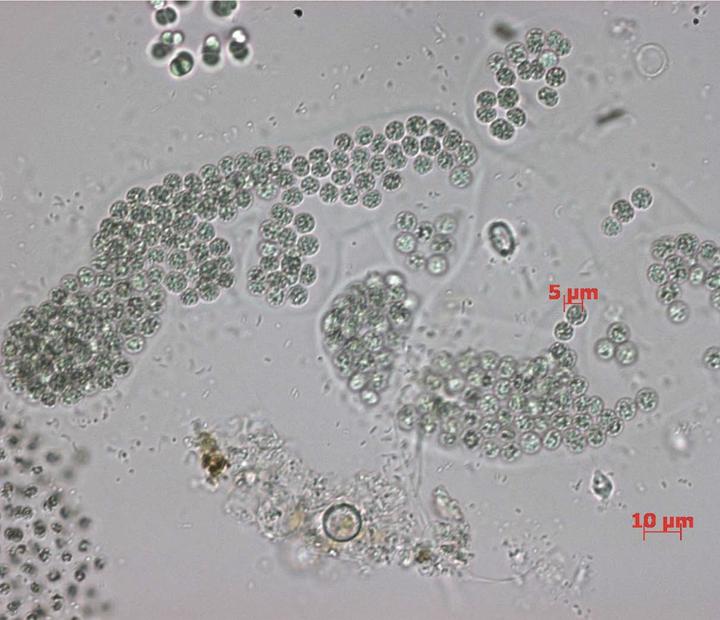 Optimized denaturing gradient gel electrophoresis (DGGE) fingerprinting and real-time PCR were performed to identify and quantify the potential hepatotoxic microcystin- and nodularin-producing cyanobacteria present in freshwater samples collected during different seasons at three different sites from the Nile River Delta. The combined use of molecular gene markers (targeting the aminotransferase domain of the hepatotoxin synthetase modules and the 16S rRNA gene) and light microscopy demonstrated the dominance of different freshwater Microcystis phylotypes, including the potential hepatotoxin producers M. wesenbergii and M. aeruginosa, several Synechococcus and Cyanobium phylotypes, as well as the presence of Nodularia spumigena and Cylindrospermopsis raciborskii in the samples “collected during summer 2006 and winter 2007”. Certain seasonal changes (summer and winter) in Microcystis microdiversity were detected. Real-time PCR revealed no difference in the quantities of potential hepatotoxin-producing cyanobacterial communities between summer and winter, but did show differences between the three sampling sites investigated. The expression of the aminotransferase domain analyzed by DGGE fingerprinting demonstrated that all Microcystis phylotypes present in the samples might have been active at the time of the sampling. Statistical analysis showed a significant effect of TP, and not TN, on the relative abundance of the potentially hepatotoxic cyanobacterial community.

Next
Diazotrophic diversity, nifH gene expression and nitrogenase activity in a rice paddy field in Fujian, China
Previous
Marine diazotrophic cyanobacteria: Out of the blue