Polyethylene terephthalate (PET) is one of the most widely used synthetic plastics in the packaging industry, and consequently has become one of the main components of plastic waste found in the environment. However, several microorganisms have been described to encode enzymes that catalyze the depolymerization of PET. While most known PET hydrolases are thermophilic and require reaction temperatures between 60°C to 70°C for an efficient hydrolysis of PET, a partial hydrolysis of amorphous PET at lower temperatures by the polyester hydrolase Is PETase from the mesophilic bacterium Ideonella sakaiensis has also been reported. We show that polyester hydrolases from the Antarctic bacteria Moraxella sp. strain TA144 (Mors1) and Oleispira antarctica RB-8 (OaCut) were able to hydrolyze the aliphatic polyester polycaprolactone as well as the aromatic polyester PET at a reaction temperature of 25°C. Mors1 caused a weight loss of amorphous PET films and thus constitutes a PET-degrading psychrophilic enzyme. Comparative modelling of Mors1 showed that the amino acid composition of its active site resembled both thermophilic and mesophilic PET hydrolases. Lastly, bioinformatic analysis of Antarctic metagenomic samples demonstrated that members of the Moraxellaceae family carry candidate genes coding for further potential psychrophilic PET hydrolases. 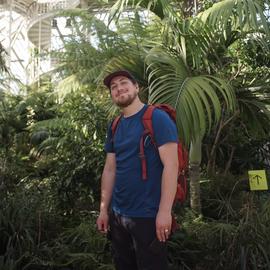